Vespasian was the first emperor who hailed from an equestrian family, and only rose into the senatorial rank as the first member of his family later in his lifetime. Vespasian's renown came from his military success; he was legate ofLegio II Augusta during the Roman invasion of Britain in 43 and subjugated Judaea during the Jewish rebellion of 66. 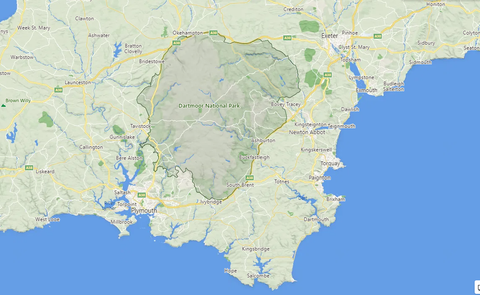 The defences and buildings of the fortress were constructed almost entirely from timber and clay.

The one exception was the bath house which had walls of volcanic stone quarried from Rougemont Hill.

It was an impressive building and was the equivalent to the modern sports hall.

Nothing was known of the bath-house until it was excavated by the Exeter Museums Archaeological Field Unit between 1971-76.

It lay at a depth of up to 3m below the present surface of the Cathedral Close and was covered by Saxon and medieval cemeteries.

Following excavation the bath-house was covered with sand so that it will be possible to re-open the site at some future date and place it on permanent display. The remains are amongst the most impressive of any Roman bath-house in Britain.

In about 75 the legion was transferred to Caerleon in South Wales and the fortress was abandoned.

A few years later work began to convert the site into a civilian town,

known as Isca Dumnoniorum.  The waters of dumnonia not exeter

Its public buildings included a forum and basilica (town hall), a market place and public baths.

In about 180-200 the City Wall was built, enclosing 93 acres, a much larger area than that of the fortress and early town.

About two thirds of the City Wall remains; it has been patched and repaired over the centuries but some original Roman masonry can still be seen.

The sites of the gates were retained in the following centuries but little remains of the Roman grid street pattern.

Only the northern part of the High Street follows the Roman lines.

EXETER.
CHAPTER I.
THE EARLY HISTORY.
A.D. c. 47- 876.
Various types of English towns— Special characteristics of each—Exeter the one great city conquered by Christian Englishmen its analogies in Gaul— Its position by the Exe— Not an ancient bishopric— Isca in Roman times— No records— Date of the English conquest unknown— Mention of Winfrith— Legend of Satilova English and Welsh occupation of the city — The West Saxon advance perhaps by way of Dorset. Each of the leading cities and towns of England has some distinctive character of its own, which parts it off from all others, and which may almost pass for its definition. Most of them indeed admit of a double idefinition, They fall into classes each of which has a marked character, while each again has its own charcacter which parts it off from other members of its own class. Thus one group is formed of those towns of Roman origin which have throughout all English history ke p t certain position as heads of shires, heads of
dioceses, or in some other way places of importance.
In this class come the elder and the younger capital

Constantine, also, was the name of a King in Scotland, who gave up his Crown and lived as a recluse amongst the Culdees or regular “ clerici ”
of St. Andrew (a.d. 943), the name thus serving as a link between Cornwall and Scotland. For centuries, since the
days of Constantius Chlorus, the father of Constantine, the name has been interwoven in British annals.
Constantine

appears in the Arthurian genealogies—and one of that name is reputed grandfather of Rex Arturus himself.

The first Council of Arles a .d . 314)  took place under
the auspices and during the reign of Constantine the Great.

At this Council Eborius, bishop of York, Restitutus, bishop
of London, and Adelfius, bishop of Caerleon, attended. Silvester, bishop of Rome, was not present, but he was treated
a " par inter pares ” and is addressed by assembled bishops as “ most beloved brother ” in a letter sent to him.2 This
period of Church History is most interesting and the British traditions were passed on to the Saxon Kings in due course
of time who claimed a kind of spiritual inheritance with theBritish Crown.

the descendant of Ina and Alfred, said, “ I have the sword of Constantine,” with reference to his task of clearing away some abuses that had crept into the Church.3 Constantine’s traditions were not Papal or Benedictine and take us far back to pure and unsullied pages estern .

St. Jerome writing with a direct reference to the
remote British Church said “ The Britons who live apart from
our world, if they go on a pilgrimage, will leave the western
parts and seek Jerusalem, known to them by fame only and
by the Scriptures.”

Dr. Challoner, a Roman Catholic historian in his “ Britannia
Sancta ” (1745) endorses the report that St. Teilo, a Welshman
and great traveller, was consecrated by the Patriarch* of
Jerusalem. He calls Dubricius Archbishop of Caerleon, and
says that he ordained S. Samson and S. Theliau.
1. Ashmolean Rolls, Bodleian.
2. “ The Ecclesiastical History of Great Britain,” by J. Collier, p. 24.
3. “ Adam of Domerham,” vol. ii, p. 667.
4. Epistle to Marcella.

Giraldus Cambrensis, in the twelfth century,1 who waxed
eloquent over the existing remnants of the old Imperial civilisation at Caerleon where the “ Second Legion ” was quartered.
Here were ruins of great palaces, beautiful baths, remnants
of temples, theatres, walls, hypocausts and a huge tower
rising above the waters of the Usk.

The palaces with gilt roofs imitated the Roman pride as built by Roman masters.
In addition to noble ruins and works of advanced civilisation, Imperial Rome, the Rome of the Caesars , the mistress of the then known world from the Euphrates and Persia in the east, up to furthest Britain in the west , bequeathed to the Dumnonii and Silures, and, indeed to Britannia generally, the idea of a ruling caste and a “ Stirps Romana.”

It was not exactly dynastic nor was it hereditary.

The trail of the Imperial purple was too glorious to be forgotten.

If Julius Caesar himself had never come as far west as Dumnonia and Wales,

Vespasian and Titus the conquerors of Jerusalem
(a .d . 70) had brought her cohorts thither, and, as Sir John
Rhys surmises,2 had fought and subdued the Belgae and Dumnonians who occupied nearly the whole south-west of
Britain. “ Vespasian’s camp ” is still so called in Somerset.
Sir Francis Palgrave has aptly said that the Dominion of the
Bretwaldas began by being an imitation of the Imperial
sovereignty of Rome. Ethelbert impressed the Roman wolf
'upon his rude Kentish coins. The exaltation of this idea was
surely nowhere more conspicuous than in “ Britannia Prima 55
and “ Britannia Secunda.”

Therefore when the last Roman legionary left Caerleon Roman Imperial sovereignty might
have terminated , but the world-wide prestige of it survived and nowhere more than in Dumnonia.

The legacy was imperishable.
Imperial Rome bequeathed "also the Latin language the
“ lingua franca ” of the world. It must be always remembered that this language came to Britain through two main conduits or channels ;

the one preceding St. Augustine, and the other afterwards ;

the one flowing directly from Imperial Itinerary of Giraldus Camerensis

Explain to your visitors what you’d like them to do next. Maybe they should learn more about your project, or visit your online shop, or call you. Lead the way!